“Conspiracy” is a widely misunderstood and commonly misinterpreted term. The most basic definition of a conspiracy is a covert criminal action conducted by multiple people working in concert, and a conspiracy can involve many different types of criminal activities. While most conspiracy cases unfold at the federal level, California upholds a state-level criminal statute concerning criminal conspiracies. Therefore, if you or a loved one has been charged with participating in any criminal conspiracy, it’s possible to not only face more than one criminal charge, but you may be charged for the actions of other members of the conspiracy even if you did not directly support or assist them in their actions.

Facing conspiracy charges in Long Beach, CA, can lead to lengthy criminal court proceedings and ultimately conviction on multiple charges. Conspiracy cases tend to be some of the most complex criminal cases that play out in California criminal courts, and you need reliable legal representation if you want the best chance of avoiding conviction or at least mitigating your sentence.

Why Do I Need a Long Beach Conspiracy Lawyer? 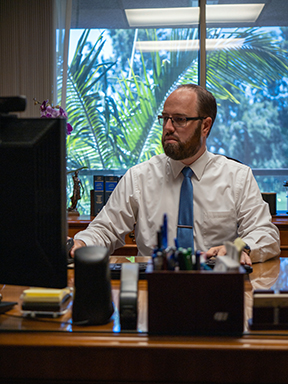 A Long Beach conspiracy defense attorney is the best possible asset you can have on your side if you are charged with participating in any type of criminal conspiracy. It’s vital to have legal counsel when facing criminal charges and secure legal counsel from an attorney who has solid experience handling criminal cases similar to yours. Unfortunately, many people make the mistake of believing they can secure legal counsel from a public defender free of charge and enjoy the same level of legal representation that a private criminal defense attorney can provide. While most public defenders are capable attorneys and work hard, most public defenders must juggle heavy caseloads and don’t have enoughtime to devote to a single case.

A private Long Beach conspiracy defense attorney can offer a more robust level of legal counsel than anyone could expect from even the best public defenders. When you choose the Law Offices of Henry Salcido to represent you in a criminal conspiracy case, you can rest assured that our team will extend the full range of our skills, experience, and professional resources in handling your defense. We have years of experience representing Long Beach, CA, clients in the most difficult criminal cases, including those that pertain to criminal conspiracies and multiple charges.

California defines a conspiracy as an organized effort to conduct a criminal activity with multiple participants. For an individual to have participated in a conspiracy, the state must prove that the individual agreed to undertake a criminal action with others, and one or more members of the group actively engaged in some activity to further their criminal cause. A few examples of criminal conspiracies that could lead to charges against all members of the conspiracy include:

It is important to note that an individual may be charged with conspiracy and the actions of other members of the conspiracy, even if they did not directly support or participate in those actions. The state must prove that one member of the conspiracy engaged in an “overt action” to support the goals of the conspiracy to charge all members. For example, if a group planned to burn down a government building, the plan itself would not technically meet the definition of a conspiracy and justify the arrests of the participants. However, if one member of the group purchased gasoline and other flammable materials to execute the plan, this would be an “overt action” under California law, and all members of the group could be charged with conspiracy.

Another crucial element of conspiracy law to understand is the Racketeer Influenced and Corrupt Organizations Act (RICO). The RICO law, implemented in 1970, aimed to combat organized crime in the United States. Under this law, if the prosecution can charge one member of a conspiracy with a felony, they can charge all members of the conspiracy with the same felony. So, for example, if you participated in a drug trafficking network and one member of your group murders someone else in a drug deal gone wrong, you and every other member of the group could face murder charges even though you did not directly participate in the murder.

Building a Defense Against Conspiracy Charges

Your Long Beach conspiracy defense attorney can help you determine the best available defenses open to you in your case. Depending on the nature of the charges against you, you could have several options for defending yourself from conviction. Therefore, your attorney should carefully review the charges against you and all evidence in play to determine your best defenses, which may include:

The right conspirator attorney can help you determine the best way to approach your defense. If you are facing conspiracy charges and need to consult a Long Beach conspiracy defense lawyer, contact the Law Offices of Henry Salcido today and schedule a consultation with our team. We will review your case and let you know how our firm can assist in your defense.