Regardless of who may have caused the accident, the state of California requires drivers to stop and exchange identification and insurance information when an accident occurs. If a driver who was involved in an accident refuses to pull over and share information and instead flees the scene, it is then considered a hit and run. There are a variety of circumstances that can classify as a hit and run case in Long Beach, California. If you’re facing potential hit and run charges, don’t wait to seek legal help that you can trust. Reach out to our team at the Law Offices of Henry Salcido.

Practicing the law since 1971, we have over five decades of experience working with clients facing criminal charges. At the Law Offices of Henry Salcido, our team understands how intimidating potential criminal charges in California can be, which is why we are dedicated to hearing your side of the story and creating a strong defense unique to your situation. We offer comprehensive, judgment-free representation in Long Beach and are committed to fighting for the best outcome possible for your case. If you or someone you know is being charged with a hit and run in California, see how our expert attorneys and our variety of legal services may be able to help you. 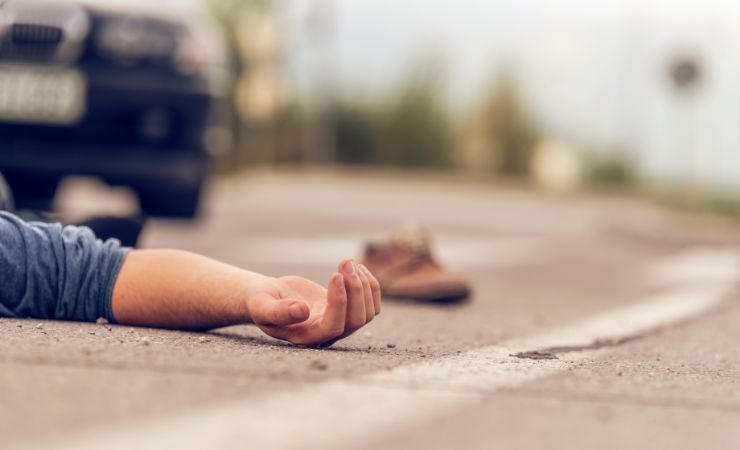 What Is a Hit and Run in California?

California law outlines two main kinds of hit and run cases. The main difference between the two is that one results in injuries and one does not. Under the California Vehicle Code, Section 20002, this kind of hit and run occurs when a driver is involved in an accident, causes some sort of damage to another person’s property, and then flees the scene without performing the correct legal responsibilities. In this type of hit and run, no injuries were sustained by other parties involved, and only property damage occurred. However, hit and run charges under the California Vehicle Code, Section 20001, occur when a hit and run involves a traffic accident where another individual is injured or killed, and the driver flees the scene.

To be convicted of a hit and run under VC 20002 in California, the prosecution must be able to prove the following:

To be convicted of a hit and run under VC 20001 in California, the prosecution must prove the above circumstances as well as prove that the defendant injured or killed another driver and was aware of it before fleeing.

If you are involved in a car accident that causes some form of injury or results in the death of another driver, you have the legal duty to pull over, help the injured driver to the best of your ability, share information, and contact the police. If you fail to do so and instead flee the scene, you can face felony hit and run charges and even vehicular manslaughter charges in California. Potential consequences for felony hit and run charges include:

Q: Can I Sue for a Hit and Run Accident in California?

A: If law enforcement is able to catch the driver who fled the scene, the victims of the accident may be entitled to sue for damages and restitution.

Q: How Long Do You Have to File After a Hit and Run in California?

A: The statute of limitations for hit and run cases in California is two years. This means that victims have two years to file a case against someone who caused them injury or damage in an accident and then fled the scene.

Q: Can a Hit and Run be Dismissed in California?

A: The state of California no longer allows civil compromises to be used in hit and run cases.  These compromises occurred when one individual agreed to compensate the victim of the accident fully in exchange for the charges against them being dropped. Currently, the only way to get a hit and run charge against you to be dismissed is with a strong defense or if the prosecution cannot prove you did it.

Q: What Evidence Is Needed in a Hit and Run Case?

A: The prosecution must prove that you failed to perform your legal duties after being involved in an accident in addition to fleeing the scene after knowingly causing damage or injury.

Facing potential criminal charges can be overwhelming and intimidating. That’s why our team at the Law Offices of Henry Salcido has dedicated the last 50 years to helping clients through difficult times. If you’re facing hit and run charges in Long Beach, trust an experienced Long Beach hit and run defense attorney. Contact our team to learn more about how we may be able to help you today.